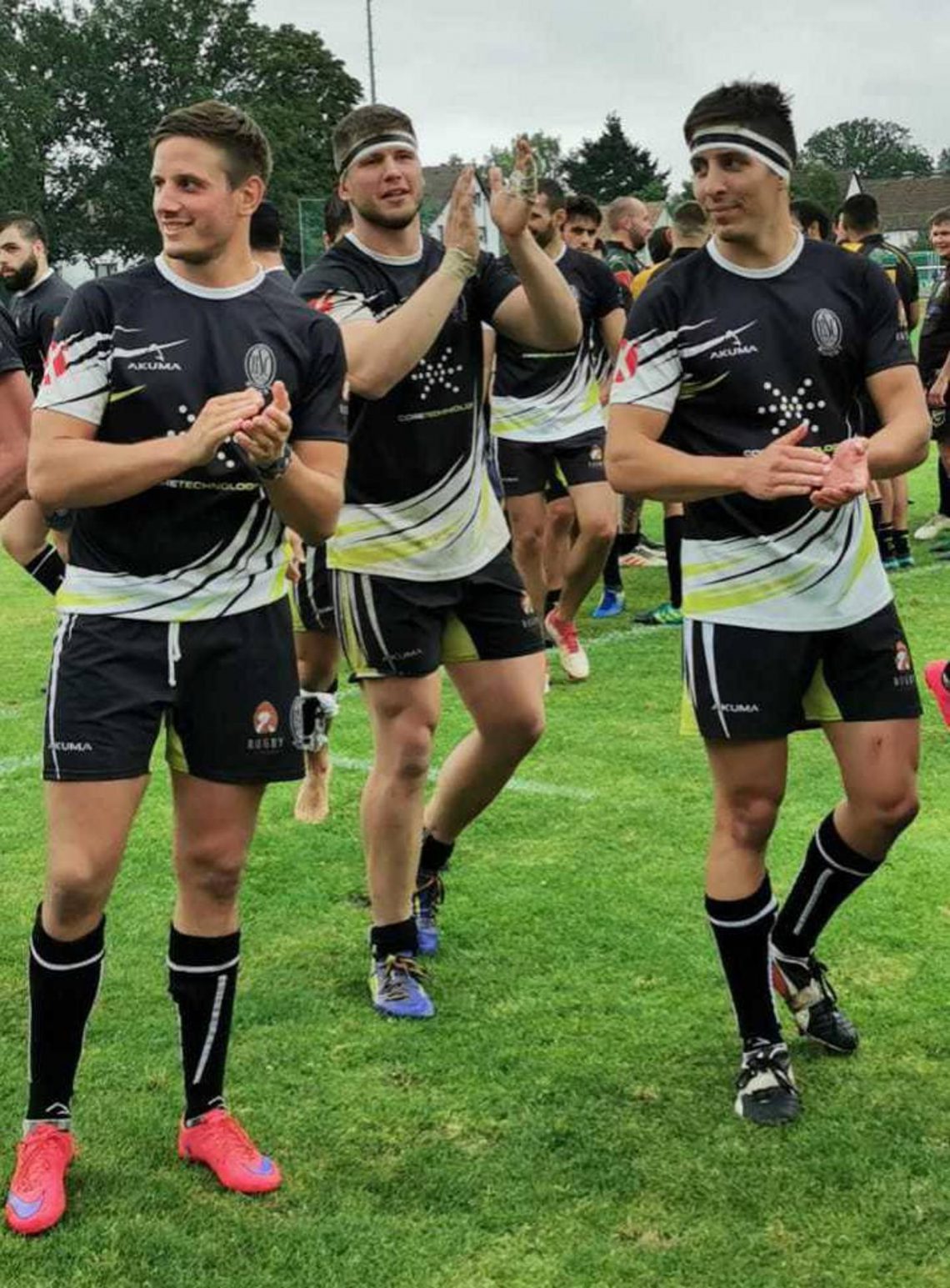 In the first game of the CT Cup last Saturday, Rugby Offenbach was able to use its home advantage and won against Rottweil with 43: 5.

With heavy rain and “heavy” ground, the spectators saw a naturally very storm-oriented, but also high-class rugby game. The physically and tactically strong storm from Rottweil had to struggle with Offenbach’s good defensive performance, even if the ball was carried cleanly over several phases.

In the end, it was mainly two factors that made the visible difference. First, the perfectly executed alleys of the Offenbachers, shortly before the opposing in-goal, which led to two attempts by a subsequent driving mouth. Second, the hat trick of outside three-quarters player Beau Scott, who was able to put three attempts by tactical overkicks of his inside three-quarters. At the BSC it was agreed that the second leg against Rottweil should not be underestimated, because the team from southern Germany showed a strong team performance.

The next encounter – in the CT Cup – is the long-awaited encounter between SC 1880 Frankfurt and BSC Rugby Offenbach. The game will take place on Saturday, October 17th, 2020 at 3 p.m. in Frankfurt.