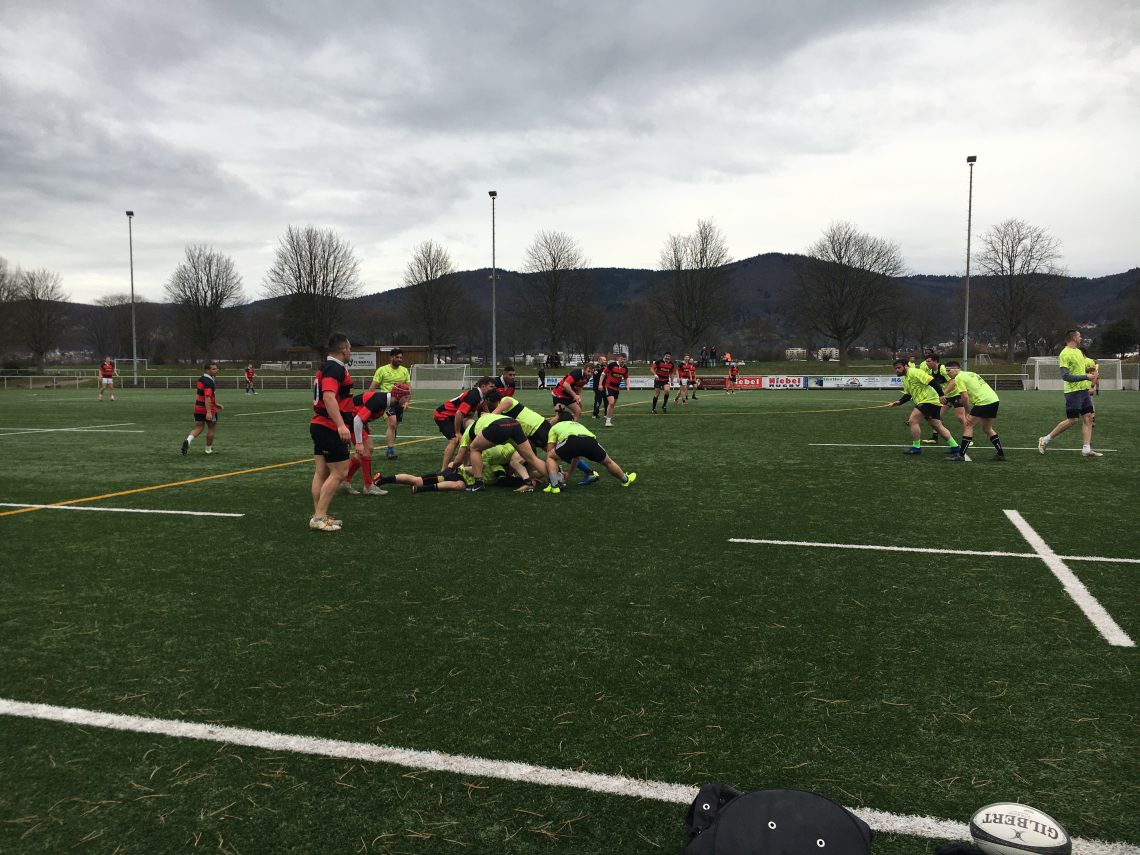 Last Sunday morning – 16.02.2019, the BSC ruggers competed with the best rugby players in Germany in Heidelberg. It was a preparatory game for the German 15er national rugby team who are facing the Swiss national team – which is going to take place on February 29th. 2020 – also in Heidelberg. The first men’s team of the “BSC Offenbach” also used this as a test game, since clear ambitions for promotion to the Bundesliga South have been made public.

“I am very happy with our team’s game. We have delivered an extraordinary defense. The very good work of our trainer Wynston Cameron-Dow and the hard training of the team paid off. Unfortunately, we are underused in our league. We especially wanted to analyze our defense work and the game was a very good location for us. We ran out of strength towards the end, but that’s perfectly understandable. While the German national team started with two complete teams and both teams were used against us, we lacked 8 regulars for various reasons, so we only started with two substitutes. Robert Haase, for example, is suspended because he is on call for the German national team that is in South America for a competition. I wouldn’t be surprised if the coach of the German 15 national team discovered a few more potential candidates for his national team in the ranks of the BSC.

The only downside is the injury from our scrum half Joshua Sayson, who was unfortunate when he collided with an opponent and will likely be out for a large part of the remaining half of the season.

I think we don’t need to fear a team in Germany and I include all Bundesliga teams. On February 29th In 2020 we have another friendly against Leipzig, who is currently second in the Bundesliga North in Leipzig. Until then, the team will be more complete and we will receive a further assessment and will be optimally prepared for the second half and promotion games to the 1st Bundesliga. “